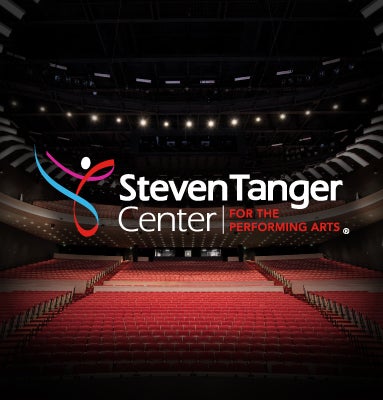 The Steven Tanger Center for the Performing Arts ended its first fiscal year on June 30, 2022, capping a remarkable debut that included 203 events and 415,421 patrons. The 203 events includes 88 sold-out performances and a record-setting inaugural Broadway season that mesmerized 17,414 season ticketholders, an industry record for a new venue.

The $94M Tanger Center opened on Sept. 2, 2021 with a concert by Greensboro native and Grammy Award winning musician Rhiannon Giddens. Over its first 10 months, the state-of-the-art venue has transformed downtown Greensboro, bringing capacity crowds that have generated tens of millions in economic impact.

Despite the shortened (10 month) fiscal year due to a delayed opening date due to the COVID pandemic, the first-year success of the Tanger Center resulted in an overall positive year-end financial position, including funding its annual $2.2M debt payment.

“The number of events and the diverse entertainment offerings has been nothing short of remarkable,” said lead donor Steven B. Tanger. “The venue has not only improved the quality of life for the Greensboro community but it has proven to be an economic catalyst for the entire region.”

“It has been wonderful to see the huge crowds in downtown Greensboro before and after Tanger Center events,” said Greensboro Mayor Nancy Vaughan. “The energy and excitement of having this beautiful new venue in our City has been amazing.”

Presented with partners Nederlander and Professional Facilities Management (PFM), the Tanger Center’s inaugural Broadway season was a spectacular success led by record-setting, multi-week runs of WICKED and Disney’s The Lion King, as well as a three-week special engagement of the blockbuster HAMILTON.

“The tremendous success of our inaugural Broadway season shows and HAMILTON has been the foundation of our first-year success,” said Greensboro Coliseum Complex managing director Matt Brown. “Our Broadway partners delivered an outstanding lineup and the public’s record-setting response was nothing short of phenomenal.”

WICKED, the first Broadway touring production to play the Tanger Center, drew capacity crowds for its 24-performance run (Oct. 6-24, 2021) that thrilled over 66,000 patrons. The highest-grossing and longest-running engagement of a Broadway show ever to have performed in the Triad, WICKED generated an estimated economic impact of over $11 million according to The Broadway League, the national trade association for the Broadway industry. Disney’s The Lion King’s triumphant two-week run (Feb. 23 - March 6, 2022) grossed over $3.6 million at the box office, entertained nearly 46,000 theatergoers during 16 performances and generated an estimated economic of nearly $12 million. The winner of 11 Tony® Awards and the Pulitzer Prize for Drama, HAMILTON drew rave reviews and over 65,000 patrons for its three-week (Apr. 6-24, 2022) Greensboro run.

“The feedback we have received from performers, Broadway producers, event promoters and our patrons has been overwhelmingly positive,” said Brown. “People have been blown away by the Tanger Center, its amenities and the impact it has had on the Piedmont Triad in just 10 months. We want to thank the capacity crowds that have turned out to support our first-year events and look forward to many more years of providing the very best in live entertainment for this community.”