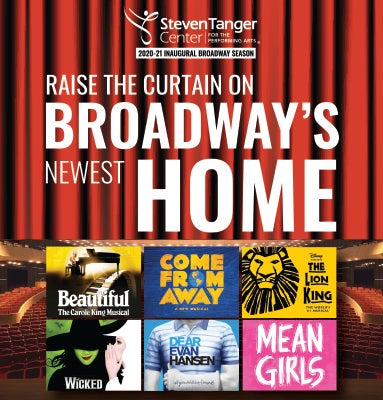 The Steven Tanger Center for the Performing Arts announced today that it has exceeded 15,000 season seat memberships for the 2020-21 Broadway season.

“The response to the Tanger Center’s inaugural season lineup delivered by Nederlander and PFM has been phenomenal,” said Greensboro Coliseum Complex managing director Matt Brown. “To surpass 15,000 subscribers six months prior to our first Broadway show is an extraordinary accomplishment for a first-year venue.”

“Our reality has exceeded our dreams for our Broadway presentations in Greensboro and we are looking forward to a record-setting inaugural season,” noted PFM President Lynn Singleton, on behalf of the partners at PFM and Nederlander.