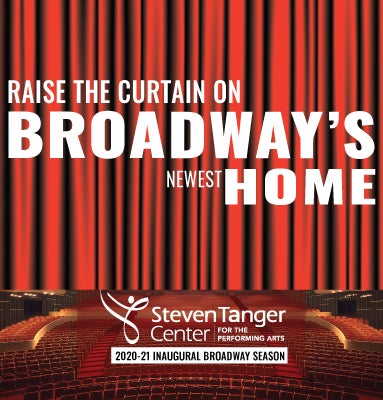 In partnership with Nederlander and Professional Facilities Management (PFM), the Steven Tanger Center for the Performing Arts announces that season seat memberships for the 2020-21 inaugural Broadway season are on sale now.

Raising the curtain on Broadway’s newest home, the first season of Broadway at Tanger Center will feature six direct-from-New York premieres to the Triad including blockbusters WICKED, Disney’s THE LION KING and DEAR EVAN HANSEN. The inaugural season will open with BEAUTIFUL – THE CAROLE KING MUSICAL in May 2020 and include theatrical hit COME FROM AWAY. The season’s grand finale is MEAN GIRLS, the hilarious hit musical from an award-winning creative team. Each of the six Broadway season shows will be making their premiere in the Piedmont Triad.

Broadway Season Seat Memberships start at $30 per month and are now on sale at TangerCenter.com