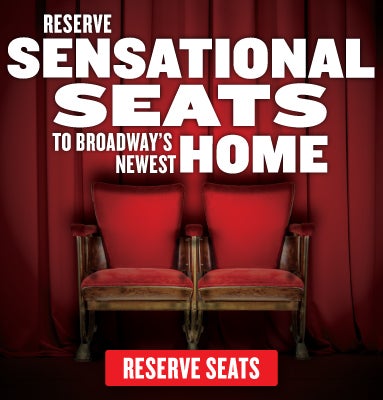 Nederlander and PFM to present Broadway Series at Tanger Center

Nederlander, Professional Facilities Management, Inc. (PFM) and the Steven Tanger Center for the Performing Arts announced today their partnership to present the inaugural Broadway season at the Tanger Center in the 2020-2021 season.

“From New York to The West End and to eight other cities within the US, we at Nederlander are honored to bring the best live entertainment to so many amazing venues,” noted Nick Scandalios, Executive Vice President of the Nederlander Organization. “We are especially delighted to now welcome the Tanger Center into the Nederlander family and to bring the very best of Broadway to the Triad!”

Deposits to reserve season seat memberships for the 2020-2021 Broadway season are currently being accepted at www.tangercenter.com. Individuals who place deposits ($100 per season seat membership) will be to able select their preferred performance date/time and have the first opportunity to guarantee their seat for all six Broadway Series productions*.

“We are thrilled to be bringing the magic of live Broadway performances to the Piedmont Triad region of North Carolina,” said Lynn Singleton, President of PFM. “There is enormous excitement over this state-of-the-art facility that is currently under construction and at PFM, we’re proud to be a partner in the role of bringing in world-class productions to the heart of downtown Greensboro.”

The Tanger Center’s inaugural Broadway season will begin in the spring of 2020 and is comprised of six shows over a 14-month period, including the Broadway blockbuster WICKED. The additional five shows in the 2020-2021 season, as well as the performance dates for all six shows, will be announced in the spring of 2019.

“Presenting an outstanding annual Broadway season series is a key component to the success of the Tanger Center,” said Matt Brown, Managing Director of the Greensboro Coliseum Complex. “By partnering with industry leaders Nederlander and PFM, this not only guarantees a spectacular lineup for our inaugural Broadway season, but will allow us to deliver the finest touring productions to the Tanger Center on an annual basis.”

The Nederlander Organization, owned and operated by James L. Nederlander, is a company prominent for three generations in the ownership and management of theatres, concert venues and as producers of distinguished entertainment. The Nederlander Organization operates a chain of nine theatres on Broadway, 14 touring venues across the United States, and three theatres in London’s West End. In addition to producing numerous concert events including Billy Joel, U2, and Pink Floyd at Yankee Stadium, a few of Nederlander’s recent Broadway producing credits include:  My Fair Lady, The Band’s Visit, On Your Feet!, Pretty Woman, Meteor Shower, Hello Dolly!, Cats and The Elephant Man with Bradley Cooper.

Professional Facilities Management, Inc. (PFM) is a wholly-owned for-profit subsidiary of Providence Performing Arts Center, incorporated in 1988 in response to a growing need for objective evaluation and management of small-to-medium-sized performing arts facilities in geographically-diverse locations.  One of the first companies of its kind, PFM’s business is focused on what they know and do best – performing arts “product.”  Their corporate mission – to bring a wide variety of programming to the broadest audience while maintaining financial responsibility and sensitivity to local constituency needs – has guided PFM to past successes and promises future growth. PFM is governed by a Board of Directors who contribute successful business experience, entrepreneurial spirit, and a bottom-line focus.  Presently, PFM holds management/booking contracts in 12 facilities located in eight states.