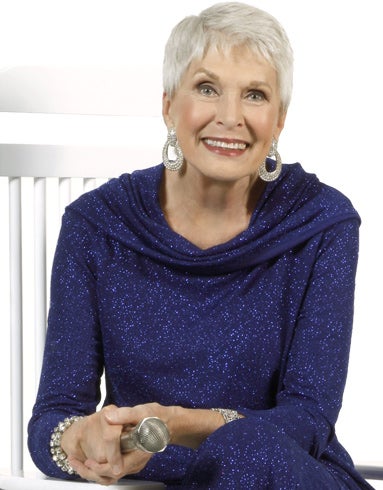 Jeanne Robertson to appear at Tanger Center on Friday, January 8, 2021

Humorist Jeanne Robertson is bringing her Rocking Humor tour to Greensboro.  A Greensboro native, Robertson will perform live at the Steven Tanger Center for the Performing Arts on Friday, January 8, 2021. Tickets can be purchased beginning Friday, Feb. 14 at 10 a.m. at TangerCenter.com and the Greensboro Coliseum Box Office.

At 76 years young, Jeanne Robertson continues to charm audiences with her humorous observations about life around her. This former Miss North Carolina, standing tall at six-foot-two, has a vivacious personality, heart and sense of humor.

Jeanne tours nationally and appears regularly on the Grand ‘Ole Opry. She has nine nationally released DVDs, three books, hundreds of hours on SiriusXM satellite radio and over 76 million YouTube views.  The demand for Robertson's family-friendly and engaging brand of comedy has grown exponentially. Some of her most popular anecdotes include "Don't Go to Vegas Without A Baptist," "Don't Bungee Jump Naked", and "Don't Send a Man to the Grocery Store."

Robertson's witty depiction of everyday situations never fails to have audiences of all ages rolling with laughter. Don't miss this performance by a truly funny lady!