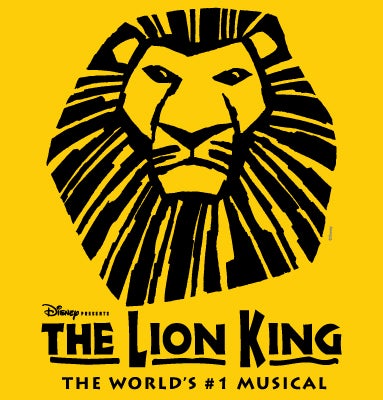 Greensboro, NC – Disney’s The Lion King continues to reign across North America with a record-breaking, sold-out premiere engagement in Greensboro, NC at the Steven Tanger Center for the Performing Arts. The award-winning musical broke two records at the venue during the week ending March 6, 2022: highest-grossing week with a gross of $1,958,506 and the highest one-week attendance, with 23,040 guests seeing the show. The triumphant two-week run, which played from February 23 - March 6, grossed over $3.6 million at the box office and entertained nearly 46,000 theatergoers during 16 performances.

It is estimated that the Greensboro engagement of The Lion King generated an economic benefit of nearly $12 million to the city from travel, hotels, restaurants, parking and other businesses patronized by both theatergoers and production staff.  This figure is based upon a Touring Broadway League report which found that, on average, Broadway tours contribute an economic impact 3.27 times the gross ticket sales to the local metropolitan area’s economy.

“The spectacular success of Disney’s The Lion King has been a highlight of our extraordinary inaugural Broadway season at Tanger Center,” said Matt Brown, Managing Director of the Greensboro Coliseum Complex and Tanger Center. “We have been thrilled to host two weeks of sold-out crowds that have been absolutely blown away by this amazing production.”

“We were so pleased to bring The Lion King to the Steven Tanger Center for the Performing Arts and to share the experience of this groundbreaking production with audiences in Greensboro,” said Jack Eldon, Vice President, Domestic Touring & Regional Engagements, Disney Theatrical Productions. “We are overwhelmed by the community’s response and thank our partners at The Tanger Center, Nederlander and Professional Facilities Management (PFM) for a sensational engagement. We look forward to returning to the Piedmont Triad Region.”

The touring productions of The Lion King have been seen by more than 20 million theatergoers in over 90 cities across North America.

ABOUT THE LION KING

After 24 landmark years on Broadway, The Lion King continues ascendant as one of the most popular stage musicals in the world.  Since its premiere on November 13, 1997, 25 global productions have been seen by nearly 110 million people.  Produced by Disney Theatrical Productions (under the direction of Thomas Schumacher), The Lion King has made theatrical history with six productions worldwide running 15 or more years, with four of those running 20 or more years.

Performed over its lifetime in nine different languages (English, Japanese, German, Korean, French, Dutch, Spanish, Mandarin and Portuguese), productions of The Lion King can currently be seen on Broadway; London’s West End; Paris; Hamburg; Tokyo; Madrid; on tour across North America, Japan and the U.K. & Ireland, with a separate production touring internationally, for a total of ten productions running concurrently across the globe.  Having played over 100 cities in 21 countries on every continent except Antarctica, The Lion King’s worldwide gross exceeds that of any film, Broadway show or other entertainment title in box office history.

The show’s director, costume designer and mask co-designer Julie Taymor continues to play an integral part in the show’s ongoing success.  The first woman to win a Tony Award for Direction of a Musical, Taymor supervises new productions of the show around the world.

The Broadway score features Elton John and Tim Rice’s songs from the Lion King animated film along with three new songs by John and Rice; additional musical material by South African Lebo M, Mark Mancina, Jay Rifkin, Julie Taymor and Hans Zimmer; and music from "Rhythm of the Pride Lands," an album inspired by the original music in the film, written by Lebo M, Mark Mancina and Hans Zimmer.  The resulting sound of The Lion King is a fusion of Western popular music and the distinctive sounds and rhythms of Africa, ranging from the Academy Award®-winning song “Can You Feel the Love Tonight” to Lebo M’s rich choral numbers.

Elton John, Lebo M, and Hans Zimmer all collaborated on the 2019 version of the film, executive produced by Julie Taymor and Thomas Schumacher, which has gone onto extraordinary worldwide success.