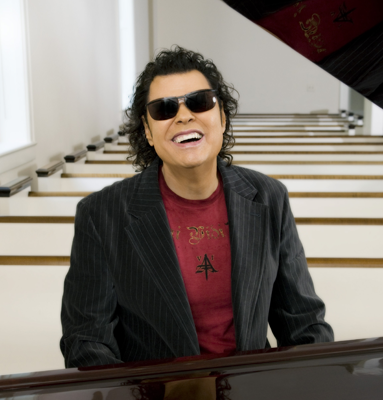 The Steven Tanger Center for the Performing Arts has announced it will host Ronne Milsap in concert, with special guest Stephanie Quayle, on Saturday, May 2, 2020 at 8 p.m.

Tickets go on sale Friday, Dec. 13 at 10 a.m. at Ticketmaster.com and the Greensboro Coliseum Box Office.

Born blind (his family thought it was retribution for sin), Ronnie Milsap’s grandparents gave the boy over to the North Carolina State School for the Blind hoping for a better chance. There, Milsap discovered music – deviating from the school’s classical curriculum to explore the nascent realms of race music, rock & roll and jazz.

Forty #1s. Five decades of charted singles. Creating a new way of recording (being blind his hyper-attuned hearing led him to create/build what is now known as Ronnie’s Place, where the new album, the Duets, was captured), he broke genre rules and became one of the biggest pop/AC and even R&B artists of the late ‘70s and early ‘80s.

Six Grammys. CMA Entertainer of the Year and four Album of the Year Awards. The first country video played on MTV (the ironic “She Loves My Car”). Always chasing the music, always hungry for the songs, he is now an inspiration for a new generation of country stars.

As a newly inducted member of CMT's Next Women of Country class of 2019, Stephanie Quayle is celebrating a breakthrough year in country music. The Rebel Engine Entertainment recording artist was one of the most active female artists with a consistent presence on the Billboard Country Airplay chart, official music video airplay on CMT and a vigorous performance schedule.