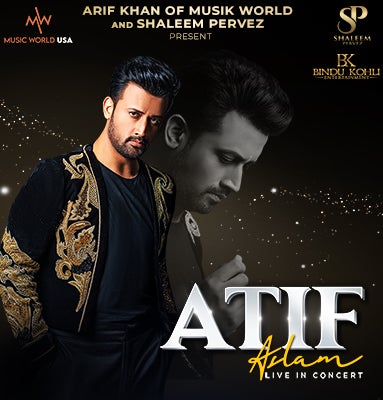 Coming to the Triad for his only North Carolina stop on his North American tour, Atif Aslam will take the stage at the Steven Tanger Center for the Performing Arts on November 20.  Tickets go on sale this Friday, September 23 at 10 a.m. at TangerCenter.com.

Atif Aslam has created a name for himself around the world, but particularly in India and South Asia. Perhaps best known for his vocal belting technique, Aslam’s career took off in the early 2000s and skyrocketed when he became a Bollywood star with hit songs “Tera Hone Laga Hu” and “Tu Jaane Na.” Today, Aslam is a household name with numerous hits in the style of Bollywood and beyond.