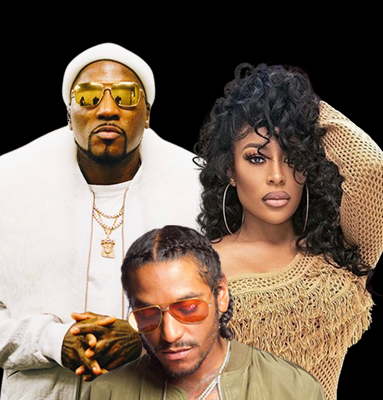 Jeezy, formerly known as Young Jeezy, signed to Def Jam Recordings in 2004 and deputed his first album, Let’s Get It: Thug Motivation 101 at #2 on the Billboard 200. Jeezy is credited, along with other Atlanta-based rappers, for helping to pioneer and popularize trap music with a mainstream audience.

K. Michelle is an American singer, actress, and television personality, and rose to fame as the breakout start of VH1s Love & Hip Hop: Atlanta. Her first studio album, Rebellious Soul, debuted at number two on the US Billboard 200.

Tickets for the VIP Post Show Meet & Greet can be purchased here (availability is limited).