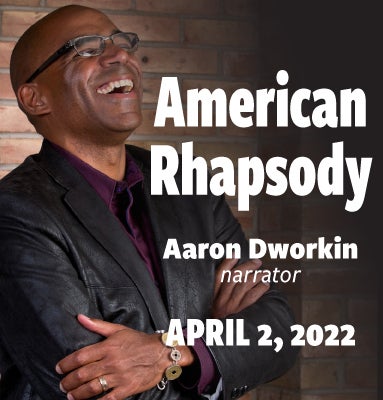 Ellington The River Suite
Coleridge-Taylor/Dworkin The American Rhapsody
Dvořák Symphony No. 9 in E minor, "From the New World"

Experience America from a musical standpoint on a concert that pairs the beloved and familiar with the excitement of discovery. Jazz titan Duke Ellington produced a number of large-scale orchestral works, including the score for his only ballet, The River. Aaron Dworkin’s spoken-word, multimedia work The American Rhapsody sets the words of George Washington to Samuel Coleridge-Taylor’s Symphonic Variations on an African Air. Antonín Dvořák, inspired by the sounds of Native American songs and African- American spirituals, created one of the world’s best-known masterpieces.